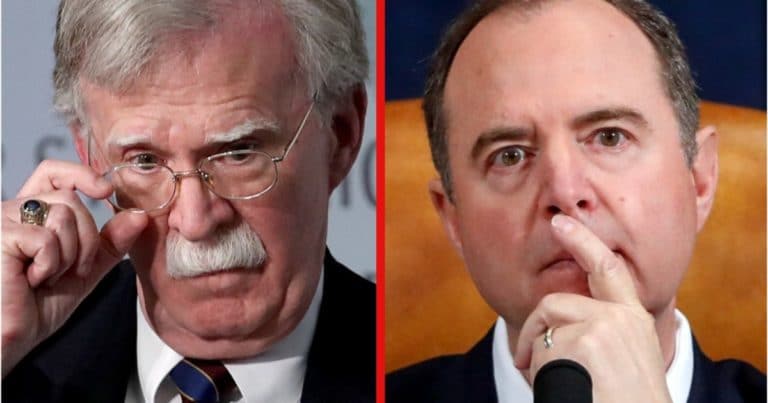 Former national security adviser John Bolton has made waves with allegations that some say could kick off a new impeachment investigation.

In his new book, he claimed that Trump “begged” China for help in the upcoming election. Bolton also claimed the president made many foreign policy decisions based on politics.

Critics appear to be rejecting Bolton’s accusations, largely because of the fact that he refused to come forward during last year’s impeachment probe. He refused Democrats’ request for information, instead revealing these so-called bombshells in this book.

House Intelligence Committee Chairman Adam Schiff suggested on Sunday that former national security adviser John Bolton may soon testify before his panel – and that a fresh new round of impeachment proceedings may result from the memoir.

Schiff, D-Calif., made the remarks as Bolton, appearing on a separate talk show, charged that the Schiff-lead impeachment proceedings earlier this year were “too politicized” to bother with.

Why are Schiff’s comments so critical to the coming months?

Even as it was clear the impeachment trial was doomed, Adam Schiff still contended that Trump had to be removed from office.

Schiff stood before the Senate and made wild, unverifiable accusations against the president—including accusing him of selling Alaska to Russia or letting Jared Kushner run the country.

It should come as no surprise that Schiff is now looking for more evidence to justify a second impeachment charge.

However, even the New York Times discredited Bolton’s book, a sign that mainstream Democrats aren’t putting any stock in his accusations.

Many believe Bolton is pushing fiction, hoping to cash in on liberals who are already disgruntled over Trump’s administration.

But should Schiff move ahead with a hearing featuring Bolton, it might have implications on the election. What will Americans think that Democrats, once again, are pushing for impeachment?

They failed to remove Trump the first time. What hopes do they have to do it again, with the election just around the corner?

No doubt, Trump and his supporters will use this move to their advantage, much like the last time.

Author: admin
Filed Under: USA News
Biden And Obama Might Be In Hot Water – New Evidence Places Them In The Room During Flynn Discussion
Trump Team Breaks Record 10 Times Over – One Million People Just Signed Up For Donald’s Tulsa Rally